Every now and then I like to indulge in some decadent desserts, so I decided to whip up my favorite Vegan Biscoff Cheesecake. This dessert is easy to make and is so rich and flavorful, you can either use my homemade crust or you can use a store bought graham cracker crust (Keebler makes Vegan ones that are really good).

The pie crust I made for this pie came out exactly how I wanted it to – light, soft, and went perfect with the filling. I didn’t want to use crackers or oreos and put a bunch of melted vegan butter, I also didn’t want to put in all the hard work of making a pie crust with flour, etc. I wanted something simple with a minimal amount of ingredients and was quick to make. So I thought of what I traditionally use instead of butter or oil, something that would still hold together into a dough form. Dates!!!

They are so sweet in flavor and gooey in texture, making them the perfect ingredient to hold my crust together. I made my crust with a mixture of cashews and walnuts, but you can use whatever mixture of nuts you like – just make sure you’re using 1 1/2 cups total of mixed nuts.

I wanted to make sure the filling would be nice and creamy, but if I threw a whole can of coconut milk in the mix, it would get tasty – yes, but it would be thick. I wanted to make sure it was light and creamy, almost like a cheesecake texture. Only way we can achieve that is by folding whipped cream(vegan of course) into the filling. Well, I didn’t want to use store bought, because I wanted to keep this completely free of refined sugar…so I made my own and it’s so easy.

Why Biscoff is so damn addictive!

Biscoff is one of my favorite cheat sugary snacks.. It’s very rare that I’ll use ingredients like cookie butter or Biscoff in my baking, mainly because it’s made with loads of sugar and it’s not gluten free. But every now and then, I’ll cheat and indulge in something decadent like this.

At first, I would just eat biscoff cookies with my tea or coffee..but then I tried the Biscoff spread and umm.. yah – let’s just say it was not a pretty sight. Spoon in hand going into the little jar of Biscoff spread like it was some kind of drug.. it was SOO. DAMN. GOOD!

The best part about this spread is that you can use it for so many different baking items. I’ve used it in cheesecakes, cookies, fillings for cakes/cookie sandwiches, and cupcakes. It’s the perfect cheat ingredient.

For the crust: For the filling: 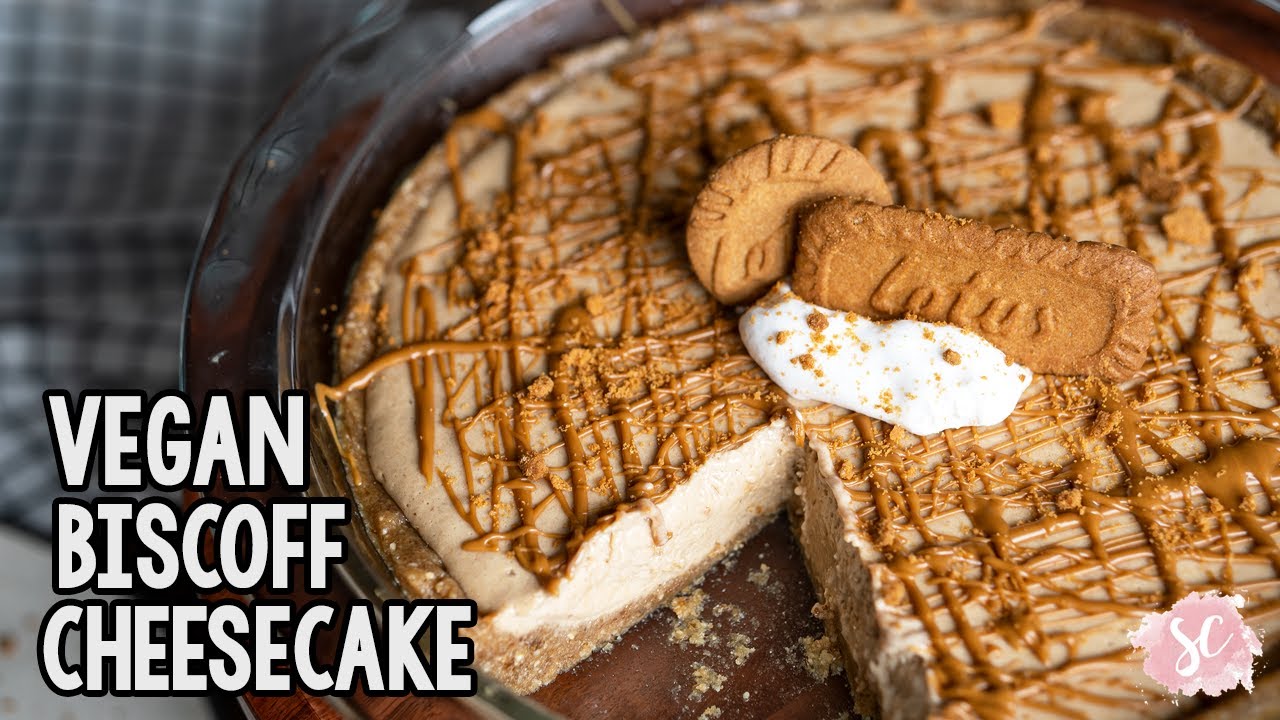 DID YOU MAKE THIS RECIPE?

#thesoulfulcook so we can see all the deliciousness!

I’m Nav, creator of The Soulful Cook and lover of food, nature, and animals. We believe in sharing delicious, easy to make, and family friendly plant-based recipes that will satisfy all bellies.
Read More